It sits crisp in your wallet, waiting for you to take it out and exchange it for a good or service. Innocuous as a dollar bill may seem, it conceals a dirty truth that’s costly, both on your wallet and your heath. A study on consumer cash-handling habits by MasterCard and Oxford University, found that 64 percent consider cash, bank notes, or coins to be unhygienic or dirty. They’re not wrong. DNA research on dollar bills identified 3,000 types of non-human DNA, including ones from bacteria that cause pneumonia, gastric ulcers and staph. Many consumers remain unaware of cash’s hidden dangers, exposing themselves to unnecessary risks with every use. We share with you three crummy truths that may just have you swapping your cash for cleaner payment methods, such as card or contactless payments.

Made out of paper or a cotton-linen hybrid, the humble banknote’s fibrous, porous surface is the perfect medium for bacteria to breed. Research groups have identified 93 species of bacteria lurking in cash. Paper bills are also often impossible to clean without damage, and carry the germs collected from all who’s handled them. Unlike their more fibrous cousin, payment cards are usually made of plastic, a hostile environment for many microorganisms. Plastic, given its non-absorbent, liquid-proof qualities, can be cleaned and sanitized with a single wipe. While a number of federal banks have released polymer notes to help curb the spread of harmful bacteria, their efforts are nullified by the migratory nature of cash. Be it paper or polymer, cash passes through a series of different hands daily, while payment card contact is limited to that of its owner and a cashier for the most part. This is taken to yet another level of safety with contactless payments like digital wallets. These don’t require any sanitization at all, given that digital wallets are entirely virtual requiring no human contact during a transaction. Fun fact: The average banknote sees a change of 4.6 pairs of hands per day. In the instance that the first handler has a cold, the final handler has a ¼ chance of catching it!

Bacteria aren’t the only substances hiding on your banknote. Traces of cocaine have been found on banknotes across the world, including China and Japan, two markets with severe narcotics laws. As the white powder is so fine, a single cocaine-laced note can contaminate an entire cash register. However, the cash register isn’t the only thing affected – the wider economy is as well. Anonymous and virtually untraceable, cash is the lifeblood of the informal economy, and the currency of choice when processing illegal transactions. As opposed to cash’s opacity, electronic payments track and record all transactions, strengthening transparency and accountability. Unless you’re siphoning cocaine into your mobile phone, there’s no way your digital wallet will be graced by the white lady/’s touch. Fun fact: What’s cleaner than a banknote? Public restrooms, handrails in public transport, and even the communal nut bowl in a bar.

Cash is an expensive habit. Approximately 150 billion banknotes are printed each year, accounting for nearly 1.5 percent of a market’s gross domestic product. Notes used daily, like the $5 or $10 bill, have an average lifespan of $3.4 years – that’s 1.6 years shorter than the average lifespan of a credit card. What happens when a banknote has reached its shelf life? Each year, dirty and damaged banknotes across the world face a similar fate: to be shredded, burnt and sent to landfills, making way for crisp, freshly-printed money. Incineration, as a waste-disposal method is a significant cause of health-deterioration and environmental degradation. Couple this with the rapid velocity at which physical currency is destroyed, and we’re subjecting ourselves and the environment to significant damage. Conversely, the advent of digitized money has reduced the need to carry cash, and the overall demand for physical mint. In fact, MasterCard’s research shows that consumers in Southeast Asian markets such as Singapore, Thailand and Vietnam are turning to their mobile phones to make purchases. Such payment solutions are far less taxing on the environment, requiring no raw materials, only a reliable internet connection. Fun fact: In 2014, around 3.07 million tonnes of CO2 equivalents were produced as a result of having 200 billion bank notes in circulation around the world. Hover your mouse on the photo below to learn the truth about dirty cash. 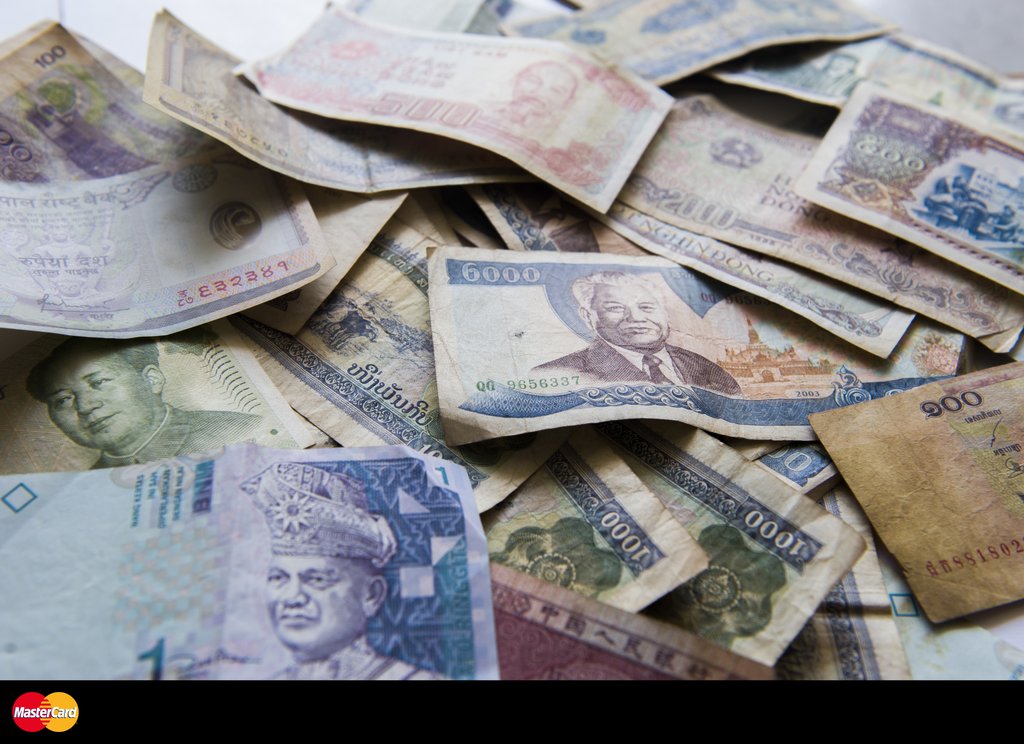 Click here to learn more about the costs of cash, and share with us your thoughts on dirty money.